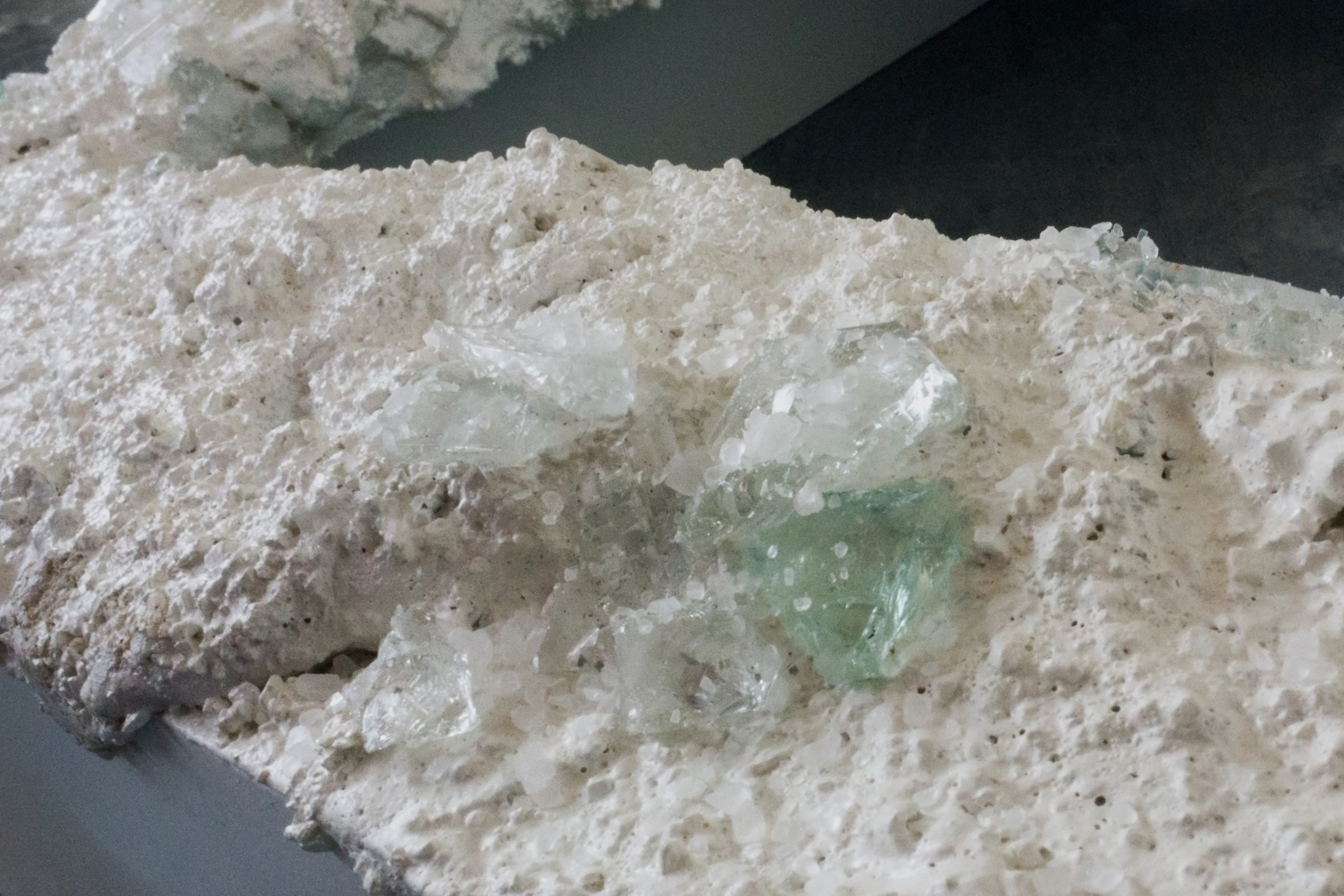 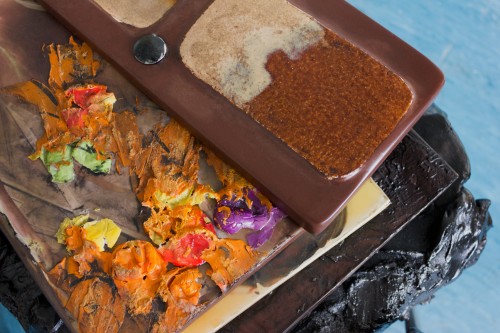 “Major discourses about meaning are caught up in the irrepressible logic of novelty, carried away by a turbulence that may not be absolutely identical to fashion in the narrow sense but is nevertheless analogous in principle.’

Frances Drayson is interested in identifying or fabricating relationships between different forms of industry, in particular, the alignment between cultural production and mass-manufacture.

In the main gallery, large casts of office showroom off-cuts, their registration marks still visible, provide the foundation for three wall assemblages. Their forms, much like those of the thickly painted magazines clamped to their surfaces, appear as approximations filtered through a gestural process. Bolts used to join these elements together – a jarring reminder of functional industrial processes – serve to disrupt the sculptural languages in play.

A pair of squat, magazine-topped forms positioned on the gallery floor seem, in contrast, like humorous counterparts to these assemblages. Traditional materials such as resin, plaster, ceramics and paint – individually coating each magazine and congealing it shut – provide a skin-cum-barrier to internal content.

Two video works, protected by encrusted monitor casings, contain found footage of various crafts and actions spliced with scenes of mass manufacture. A length of Swiss roll continuously curls over itself as it passes through the production line; clusters of moshing punks and vast crowds of EDM fans recall the churning of materials, with the brief respite of a periodically blank screen. The cropped, grainy images of organic and synthetic accretions in each video situate the viewer between moments of coherence and abstraction; the rapid production and consumption of goods, images and information.

The video and sculptural works in HYPO are a means of investigating this cultural context, consciously sampling its visual signifiers, and attempting to navigate an individual trajectory as a maker within it.

HYPO is kindly supported by The Elephant Trust