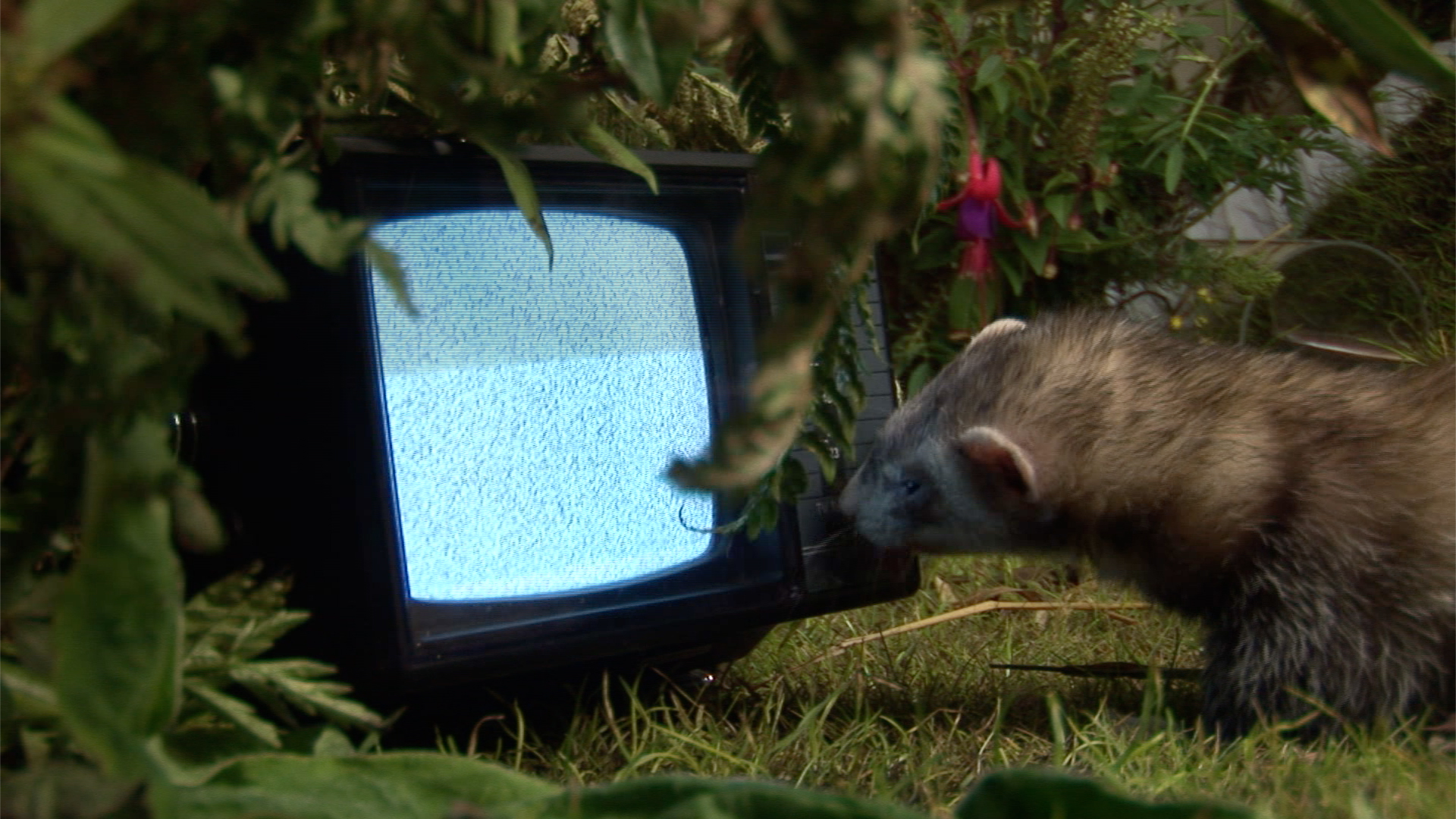 ‘Ferrets were first domesticated from the polecat some 2,500 years ago. The domesticated ferret came over to Britain with the Romans, although others say it was the Normans. However, after the Norman Conquest there are definite written and pictorial records of ferrets in Britain. It was probably closely linked with the introduction of the rabbit, which also has an uncertain history in these islands.’*

For their collaborative residency, London-based artists Andrew Munks (1985, Rotherham) and Sophie Michael (1985, London) have joined forces with their pets to create a video work in which ‘Tales of the Riverbank’ meets eco sci-fi.

Memories of Planet Polecat (2016) depicts a business of ferrets; Bambino, Poley, Silver and Sandy on their home planet in the past/future. Shot over the course of one day, they can be seen exiting the spaceship, waking up, playing, and winding down for the evening; all accompanied by contemporary space ferret melodies.

An installation of Michael’s 16mm film works (from 2010-2016) can currently be seen in her Art Now solo exhibition Trip (the light fantastic) at Tate Britain, while Munks has video work in the group show ‘Rope’ at Westminster Waste and, last year, featured in C-C, a Late at Tate series at Tate St Ives.

*The Complete Book of Ferrets, Val Porter and Nicholas Brown