Join us on Friday at 6.30 pm for refreshments in conversation with Seth Ayyaz, Gill Ord, Nancy Milner

Comprising painting, sculpture, film, sound and performance, ‘Dark Geometries’ showcases the work of artists Seth Ayyaz, Nancy Milner, Gill Ord and Emily Speed. Milner, Ord and Speed met at The British School at Rome in 2014 and the exhibition has grown out of their many conversations. Working in response to the space at Coleman Projects, the artists explore connections between their different practices, including a shared interest in architectural forms and the reverberative play of sound and colour.

Each work might be considered as a node within an underlaying matrix of potential relations; a reconfigurable array of edges, points and lacunae. There is a sense of tension to the collective visual/soundscape created, which makes palpable notions of sensory overlap, specifically between seeing and listening.

The front gallery space hosts new paintings by Ord and Milner, as well as a sculptural work by Ayyaz. In Rome, Ord made paintings in a variety of ancient, underground spaces, and often with little light. Milner is interested in the occurrence of intense moments of light glimpsed briefly, like the experience of emerging from a dark church into the glaring, midday sun. The shift that occurs from light to dark while travelling through the spaces at Coleman, from the bright gallery through to the large, dimly lit shed, draws attention to these qualities. 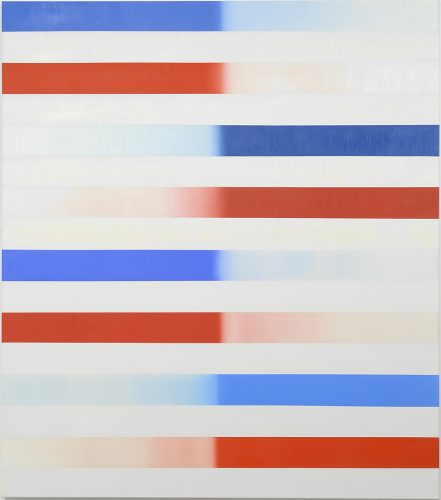 In her work, Emily Speed explores the relationship between architecture and the body. Her site-specific installation ‘Rubbed smooth’, at the rear of the gallery, takes the idea of the city as a palimpsest, where buildings rather than words are erased, rebuilt and replaced, and where inhabitants leave visible traces of their presence. 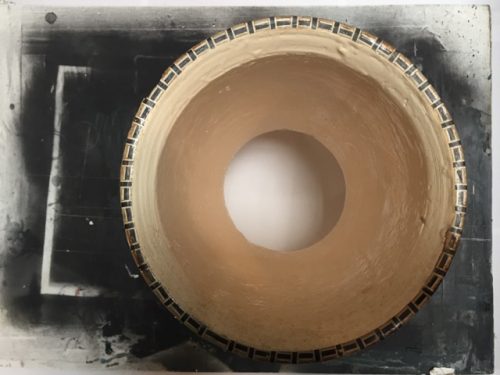 Seth Ayyaz is a London-based composer-performer who has been invited by the group to create a site-specific sound installation for ‘Dark Geometries’. He is interested in the idea of listening as an exploratory event and its role in cultural exchange. Ayyaz’ live performance featuring an hQi.live machine listening system will take place at the private view in the shed space.

Emily Speed has most recently been artist in residence at Women’s Studio Workshop, NY and is currently working on a long-term research project with In Certain Places in Preston. During 2016 she held a solo exhibition at TRUCK, Calgary and presented a major new commission at Fort Worth Contemporary Arts, Texas. Recent exhibitions include Syson, Nottingham, Plymouth Art Centre, Oredaria Gallery, Rome; Laumeier Sculpture Park, St Louis, USA. Speed was the 2014-2015 Derek Hill Scholar at the British School at Rome.

Seth Ayyaz is a London based composer-performer, writer and occasional curator. Ayyaz has presented his work internationally including: Cafe Oto, London; Kunsthalle Luzern, Switzerland; Irtijal Festival, Beirut; Maerz Music, Berlin; the World Forum for Acoustic Ecology, Finland; and the Haus Für Elektronische Künste in Basel, Switzerland. Ayyaz also writes on sound and has been published in The Wire, Organised Sound, and most recently in, On Listening. Live work includes the Usurp Chance Tour 2014 — Cage and Beyond. He also curated the MazaJ Festival of Experimental Middle-Eastern Music, London.

Gill Ord is a London based painter, from Middlesbrough. In 2015 she had a one person show at Studio 1.1 ‘Sotterraneo’ paintings made in Rome, whilst she was the Abbey fellow in painting at the British School at Rome in 2014. Recent shows include ‘Localism’ at MIMA,  “Who’s Afraid of Red, Yellow and Blue” 3 painters at OBS gallery, Tonbridge, and ‘Glaze my Cave’ a group show at Studio1.1. A founder of Braziers International artist’s workshop and Supernormal Festival, Ord has worked with artists and artist run organizations around the world, encouraging dialogue and exchange.