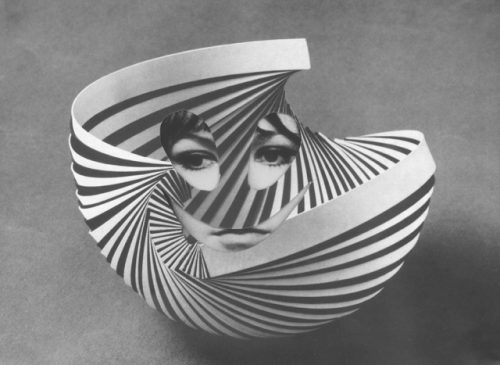 Lowe’s solo show, ‘Destiny Bomb’, previews at Coleman Project Space on Friday 13th: a date synonymous with misfortune. Appropriate, then, that the show will feature work exploring the extremes of loss and betrayal, incorporating classic self-help books such as Men are from Mars, Women are from Venus and Feel the Fear and Do It Anyway, alongside a procession of carefully selected ornaments, children’s toys and a ‘boobs’ radio.

Lowe is interested in what she describes as ‘the subculture of the discarded’, sourcing her items from the swiftly disappearing world of junk shops and car boot sales and arranging them in a spirit of deadpan hysteria. New work such as ‘Midlife (Crisis) Kebab’ (2018), is a collection of objects – a broken toy motorbike, a bearded man and a kitsch painting of a weeping woman – literally skewered to form a totem pole of midlife clichés.

The artist will also show ‘Vessel Heads’, an ongoing series of inkjet prints of vases and vessels, each one incorporating a crudely cut-out ‘smiley face’ motif. Despite the repetition of their format – there is a sameness to the Vessel Head family – this parade of different vessels and faces serves to emphasise the distinct identity or emotional presence of each character. The humour of each one is intentionally undermined by a sense of cruelty in play.

Repetition forms the basis of another of Lowe’s ongoing series: the first ‘Rain Drawing’ was made in 2007, and the most recent in 2016. They involve hand-drawing hundreds of lines, with the completed drawing then being exposed to the elements. Each abstract linear composition, which Lowe first conceived of as the endlessly repeating horizon of digital space, is then interrupted by another spatial system, that of the rain. The vertical space of falling water is made visible by the disruption of the horizontal lines, while the labour and control of the repetitive mark appears energised by the rather romantic intervention of a few minutes’ rainfall. Rain, here, is representative of concrete materiality, with the drawings a collective expression of lament for the physical world. 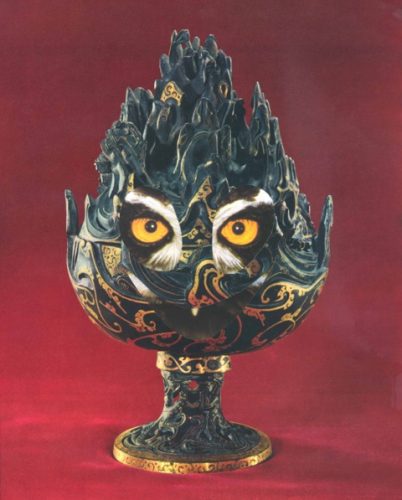 Accompanying the drawings, and installed in the garden of Coleman Project Space, will be new work ‘Rain Vane’ (2018), a weather vane customised from a junkshop candlestick and brass ‘splash’ ashtrays that will collect any rain that falls during the exhibition period.

Lowe has exhibited nationally and internationally, including Kunstmuseum Olten, Switzerland; Baltic 39, Newcastle Upon Tyne; Jerwood Foundation, London and Tate Britain. Her writing has been included in an anthology of artists’ fiction, The Alpine Fantasy of Victor B and Other Stories, and have been performed at the Festival of Art Writing at the Whitechapel Gallery, London and Camden Arts Centre, London. In 1998, she received a Paul Hamlyn Award for Artists. She lives and works in London and is a part-time Senior Lecturer and is a part-time Senior Lecturer at the Slade School of Fine Art, University College London.